Taylor Swift just dropped her new music video today (17 June) for You Need To Calm Down and it seems nobody is remaining calm about it.

That’s because the video is literally chock-a-block with dozens of fiercely queer and fabulous celebrities.

It comes after days of promoting the song on her Instagram with macro pics of pastel pink sprinkles, rainbows, tattoos, crowns, and teas, alongside tweets simply reading: ‘Gxgjxkhdkdkydkhdkhfjvjfj.’

Who’s in the video?

Rallying the nearest and dearest to her, Swift previously released the tune from her forthcoming album, Lover, on 14 June. 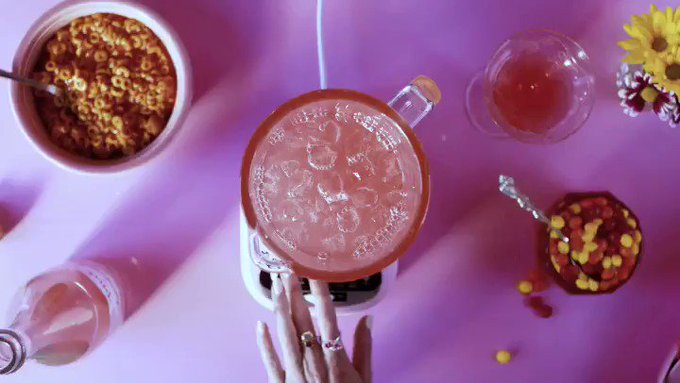 My friend @taylorswift13 asked me to be in her new music video for her song “You Need To Calm Down”. I simply can’t calm down with excitement until we all watch its premiere tomorrow Monday June 17th at 8:15AM EST on @GMA and 7:00AM EST on @YouTube. #taylorswift

The song throws its support behind the LGBTI community and GLAAD in a dazzling music video full of paddling pools, blender-made smoothies, and more.

With cotton candy synth beats and chant-able refrains, the song pulls references from LGBTI culture, from shade to GLAAD.

She openly encouraged him to support the bill: ‘While we have so much to celebrate, we also have a great distance to go before everyone in this country is truly treated equally.’

The wide-ranging bill is designed by lawmakers as a blanket-ban on discrimination based on gender identity and sexual orientation.

Swift also made a surprise appearance at the Stonewall Inn in New York City. The watering hole was holding an event celebrating the 50th anniversary of the 1969 Stonewall riots.

Her new album, Lover, will come out 23 August. In the meantime, keep calm.

For fans, Raptors parade day was a cavalcade of emotions: joy, hope and still a bit of shock

LGBTI backpacking: how to survive as a queer person in straight hostels

By the same author

Toronto Pride is considering banning the military and all corporate floats

A third HIV-positive patient has been ‘functionally cured’ of the virus. Earlier this week, it was…

Mariah Carey is feeling quite bullish about her new album. A month before Caution drops on November…

Aurora’s wedding to Prince Philip will be one to remember… for all the wrong reasons. A new trailer…

Until now, Keiynan Lonsdale has treated music more like a hobby than a career, occasionally releasing…

The end is nigh. The Big Bang Theory is officially ending on CBS after 12 seasons. The production…

Which Television Host Is The Highest Paid In 2018?

The top tier of television hosts definitely rake it in and surprisingly, they’re all in daytime. Forbes released…

A 1,000 page document has been submitted which may contain the cure for HIV/AIDS. BioBuzz has reported that a new document...

Any cookies that may not be particularly necessary for the website to function and is used specifically to collect user personal data via analytics, ads, other embedded contents are termed as non-necessary cookies. It is mandatory to procure user consent prior to running these cookies on your website.